Released between the years 2000 - 2010, the original series of 66 books featuring multicultural friends Milly and Molly grew out of a desire to promote the acceptance of diversity and provide a resource for parents and educators to frame discussion with young readers with reference to 7x core themes:

As a parent and grandparent herself, author Gill Pittar was inspired to write books other parents and grandparents would like to read to their children and grandchildren. The stories fuel the imagination, facilitate broad discussion, thought, and change while encouraging children to develop a habit of self-reflection and a healthy self-esteem in order to lead a well-balanced lifestyle.

Milly Molly’s core message of ‘We may look different, but we feel the same’ resonated strongly with a global audience, and since the inception of the series Milly Molly books were contracted for release in 110 countries and in 30 languages. With the core messages now more relevant than ever before, the series is being relaunched to include new character Lily and we at MMCPG look forward to continuing our positive contribution to young readers around the world. 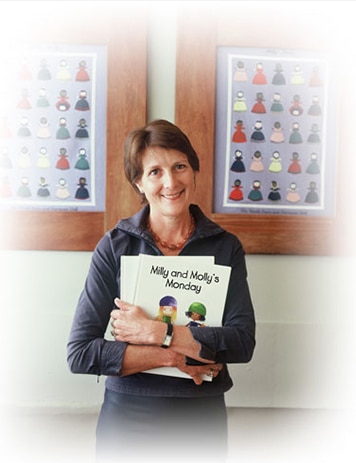